The Real Reason for Clutter 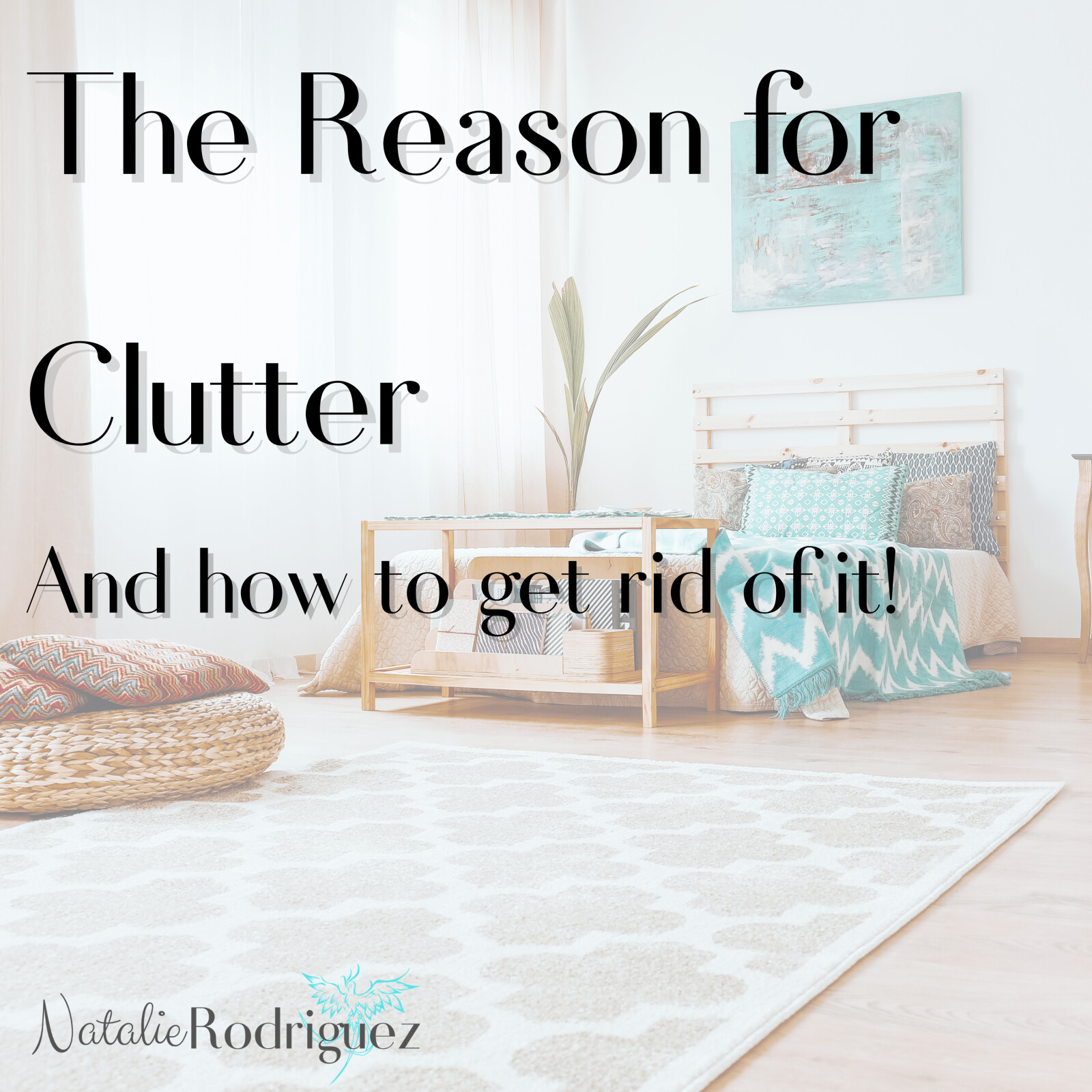 For quite some time, I’ve known that I have a clutter problem. Really I can look back as far as age 19 and know that I felt I had too much “stuff”, but that I just couldn’t let go of much of it. Looking back on my childhood though, it definitely started younger than that, I just didn’t really realize it until I was living, and moving, on my own. Packing up boxes and boxes of “stuff”, living in an apartment for a year or two, then packing and moving again, just to realize you still had boxes that had NEVER been opened at the last place, will really show you that you have more than you need. But still, I couldn’t let go.

I think there were a few different reasons for my accumulation of clutter, which by the way got much worse as the years rolled by. For one thing, I wanted to keep EVERYTHING, because I had a memory of this, or a memory of that. That shirt that I can remember my mom wearing all the time. That book that I remember her reading, and loving (she didn’t read much). That (ugly) decoration that I can still see in my mind on my grandma’s wall at her old house. That necklace that my very first boyfriend gave me. That stuffed animal (that is literally falling apart) that my sweet little sister gave me for my 15th birthday. My first ever TV that my parents gave me for my 8th birthday. Everything had some kind of memory tied to it. Even the silly stuff.

As time went on, and I lived on my own, and had to try to figure out on my own (unsuccessfully) how to budget, I also developed a scarcity mentality. I spent everything I had, whether it was money earned, or money given to me by my dad to help support me while I was in college. I spent it all. I knew nothing about saving, and had never developed that habit, so if I wanted something (and there was always something to want), I bought it. Which in turn contributed to the clutter, of course. But then as I bought more stuff, and had no money left over, I started keeping stuff “just in case”. “Well, I might need that when I have a house.” “What if I want to bake a pizza on a stone pan?” “I need to keep that VHS player so I can watch these VHS tapes that I’ve had since I was 10.” So I kept saving, and buying, and saving, and buying, and saving, and moving, and storing. The cycle just went on and on. Until one day recently, something changed.

Living in apartments for over 15 years has really shown me that there is no reason for me to save stuff for when I have a house. Maybe I’ll be in a house next year, but then again, maybe I won’t. It’s that scarcity mentality of thinking I won’t have the money to replace it if I need it when I do move into a house. But the bottom line is that if I truly NEED it, I will FIND a way to afford it. And if I can’t seem to find a way to afford it, I probably don’t need it that badly. I guess it is the guilt of wasted money too, but if you really think about the wasted space, time, and effort of keeping, moving, repairing all this stuff, there’s no question that saving it costs more than replacing it for the off chance that you actually do need it in the future. Not to even mention the mental strain it puts on yourself.
Oh, and then there is the guilt of gifts that, for one reason or another, don’t really have a place in your house. I have plenty of those too. But the bottom line is, if the person who gave you the gift truly cares about you, they aren’t going to want you to suffer through being weighed down (mentally and physically) by things that you don’t really need or want. A gift is supposed to be a thing of joy, not a thing of guilt. If you don’t like it, don’t keep it.
So, once something finally changed in my brain and I started to really notice how bogged down I was by all this unnecessary stuff, I started doing research on decluttering (I love my research!), and came across the book, The Life-Changing Magic of Tidying Up, by Marie Kondo. I heard a lot about it, and I was pretty sure I didn’t liked her method of decluttering by category instead of location (i.e. all clothing at once, vs. everything from the master bedroom, etc.). But I just kept hearing more and more about how great her method was, and how once you decluttered (or tidied up, like she calls it) using this method, you would never need to declutter again. I ended up getting the book for free through audible (click this link to get 2 FREE audio books for Prime members, 1 free book without Prime), and I have to say, I’m really enjoying it. There are definitely aspects of her method that I don’t agree with completely, but overall, I think she has some great ideas. My favorite concept was to only keep things that “spark joy”. How much better is it to decide what you want to keep, instead of what you want to get rid of? And I’m sure you’ll be interested to know that I have come around to the idea of decluttering by category instead of location. I can’t say that I’ve actually put this into practice yet, but I understand the reasoning, and agree that it makes sense.
For me personally though, I think it is best that we do our initial declutter first by location, just because we have SO MUCH stuff, and so little room. First we need to get rid of the easiest stuff, so we can really start her process of tidying up and paring down. Our goal is still to do the entire decluttering process within the 6 month time-frame given in the book, but the idea of even just gathering all of my shirts from our little apartment is so overwhelming (because I know for a fact that there are plenty stuffed in boxes under boxes at the very back of my closet, buried by even more boxes and other random items) that it makes me want to quit before I even begin. And that makes it counterproductive. I’ll let you in on a little secret though. I’ve actually already begun the process. We started 2 weeks ago, with a small bookcase in our bedroom, and a second larger bookcase also in our bedroom. Then last weekend we completely rearranged our bedroom so that Gabe has his own big boy bed in the corner of our room, which required me to declutter two (very disastrous) corners of our bedroom. I have to admit, it was both very freeing and daunting to go through all of that stuff. The freeing part is pretty obvious, I think. But it was also very daunting because it really illuminated the severity of the situation, and made me wish I had a full week, uninterrupted, to declutter the entire bedroom and master closet. It also made me wish I had the means to have a garage sale on my own, instead of only have the options to wait until April for our community garage sale, or to list everything in a very saturated online market and hope that it sells. Yes, I also have the option to donate everything, but part of the reason for us decluttering is to help us in paying down our debt, and while we might be able to get a tax deduction for the donations, that wouldn’t happen until next year, so waiting until April is clearly a better option when it comes to generating cash to pay down debt. So after all this, I wanted to share with you my biggest tips so far for starting the process of decluttering.

Really consider why you have all the stuff you do. Is it guilt? Fear? Control? Once you identify the cause(s), really think about them, and whether they are actually valid. Chances are, they are just reasons your brain has made up and don’t really hold water.

For us, it is a HUGE task, due to the fact that there are two of us, who both contribute to the problem, and because we have accumulated SO MUCH stuff over the past 12-15+ years.

Don’t get too caught up in the “right” way to declutter. If it works for you, it works. Feel free to borrow ideas from one, or many different sources, but if it becomes more of a hindrance than a help, ditch that idea and try something different. Eventually you will find your right way, just don’t give up before you find it.

Take time to really process the “loss”, because sometimes the things you are getting rid of are special, but are no longer needed in your life. Thank those items for the benefit they have given you, and let them go. This may be an emotional process, so take time for you, but don’t forget to get back to it when you are ready again.

Do you have too much stuff? Do you know why? I’d love to hear your reasons, your struggles, and your strategies for decluttering, so please share them in the comments below! As always, thank you for stopping by! xoxo

This post may contain affiliate links. That means that we may receive a small commission from any purchases you make from linked pages, such as Amazon. This commission is at no additional cost to you, and helps us to keep our site up and running. Thank you for supporting small businesses by using affiliate links! 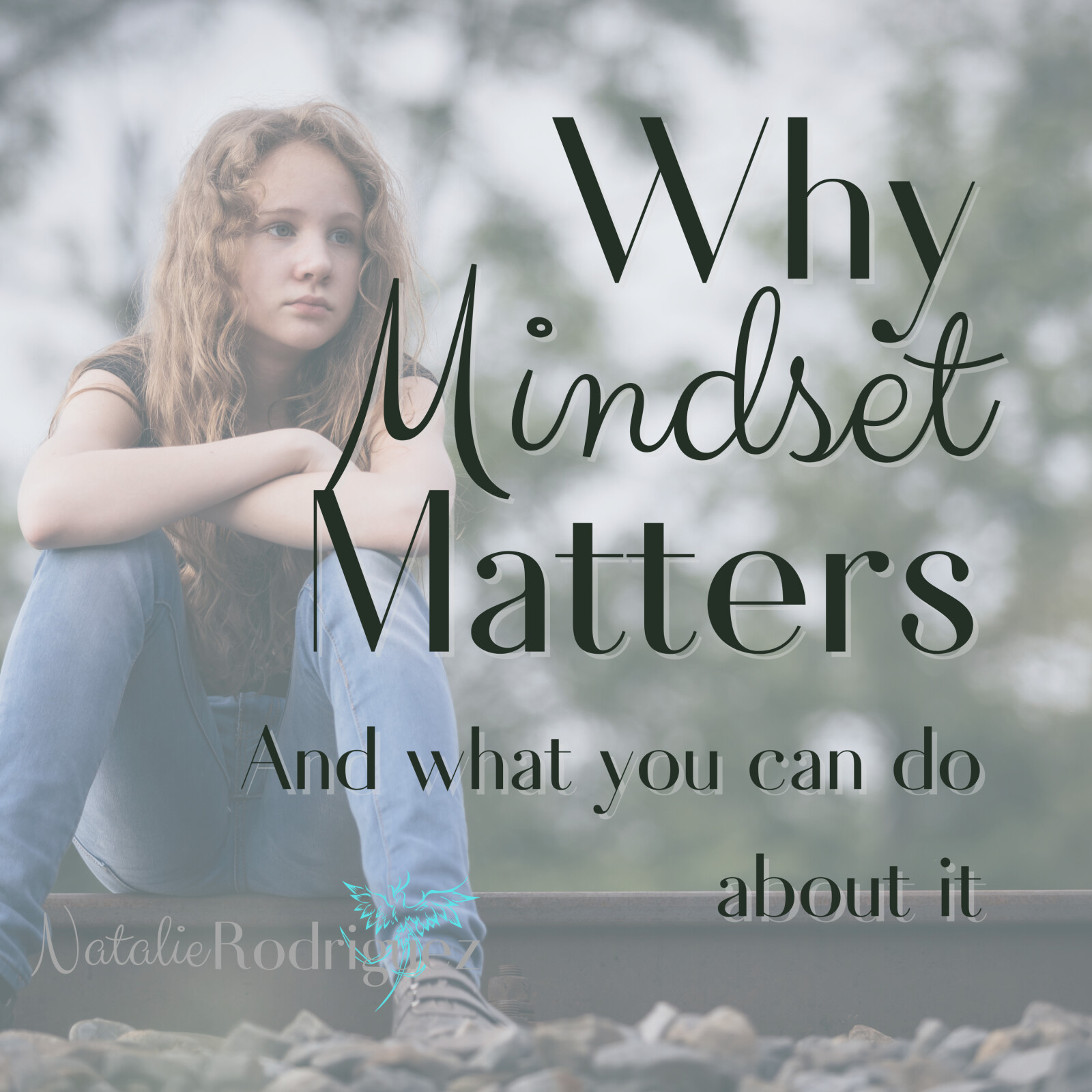 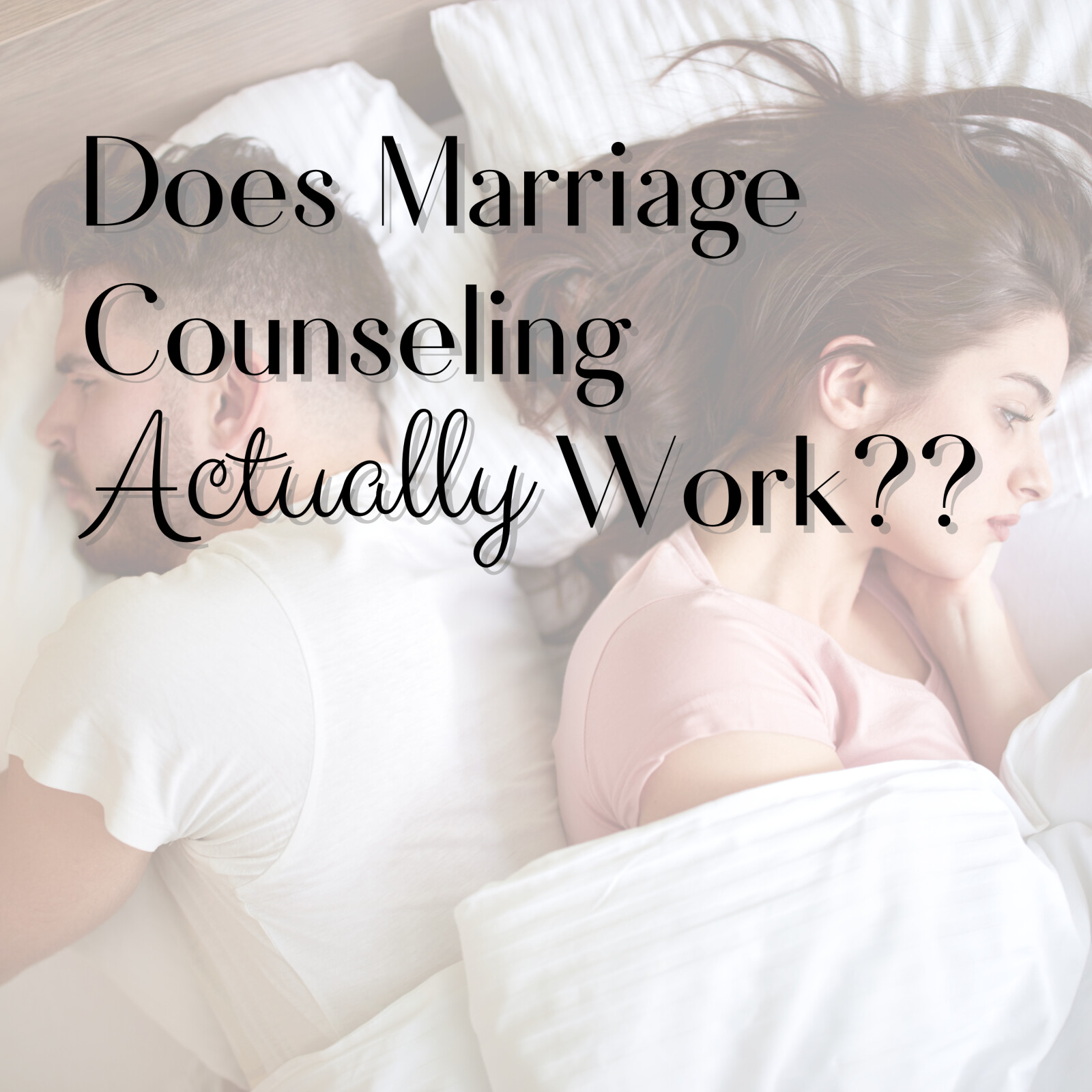 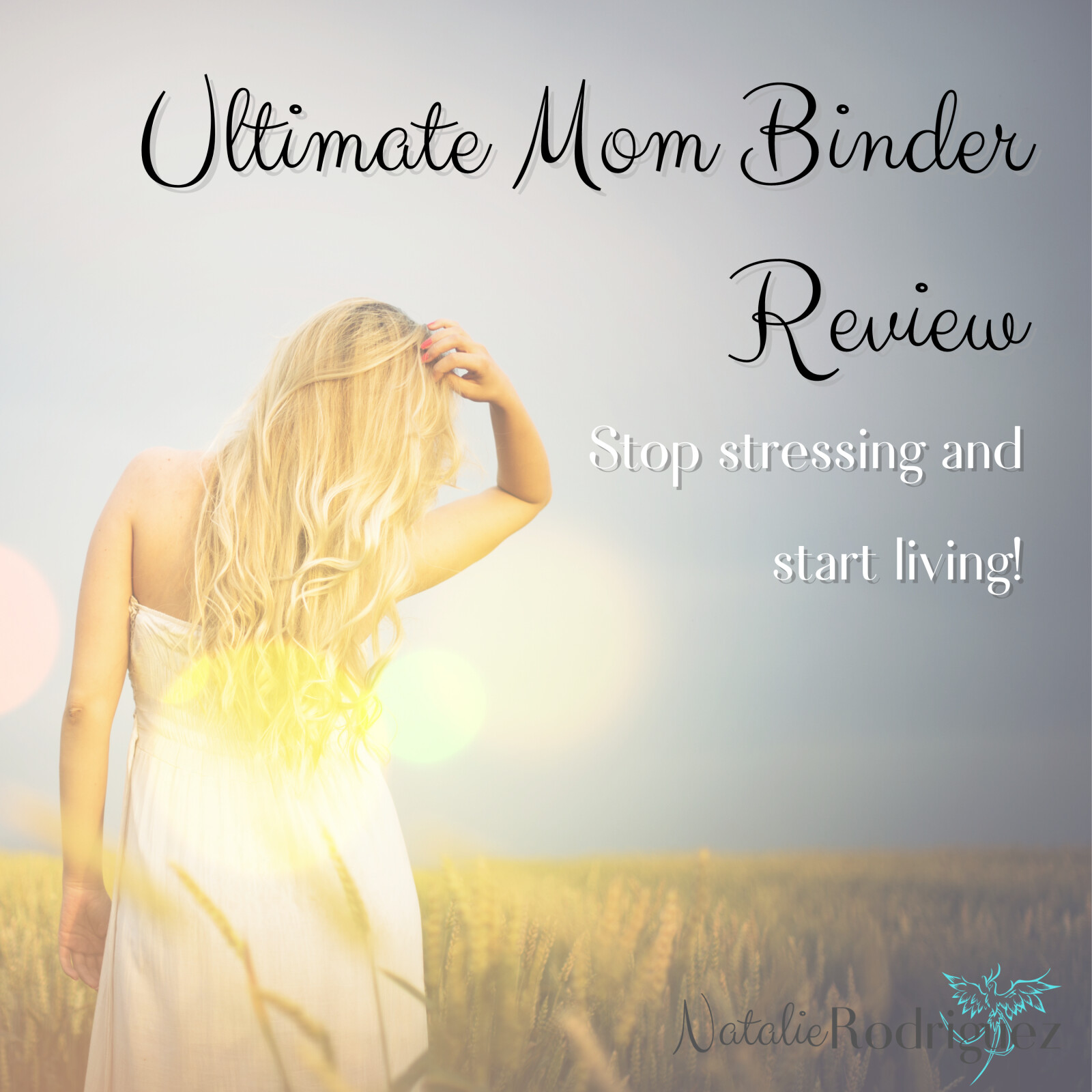 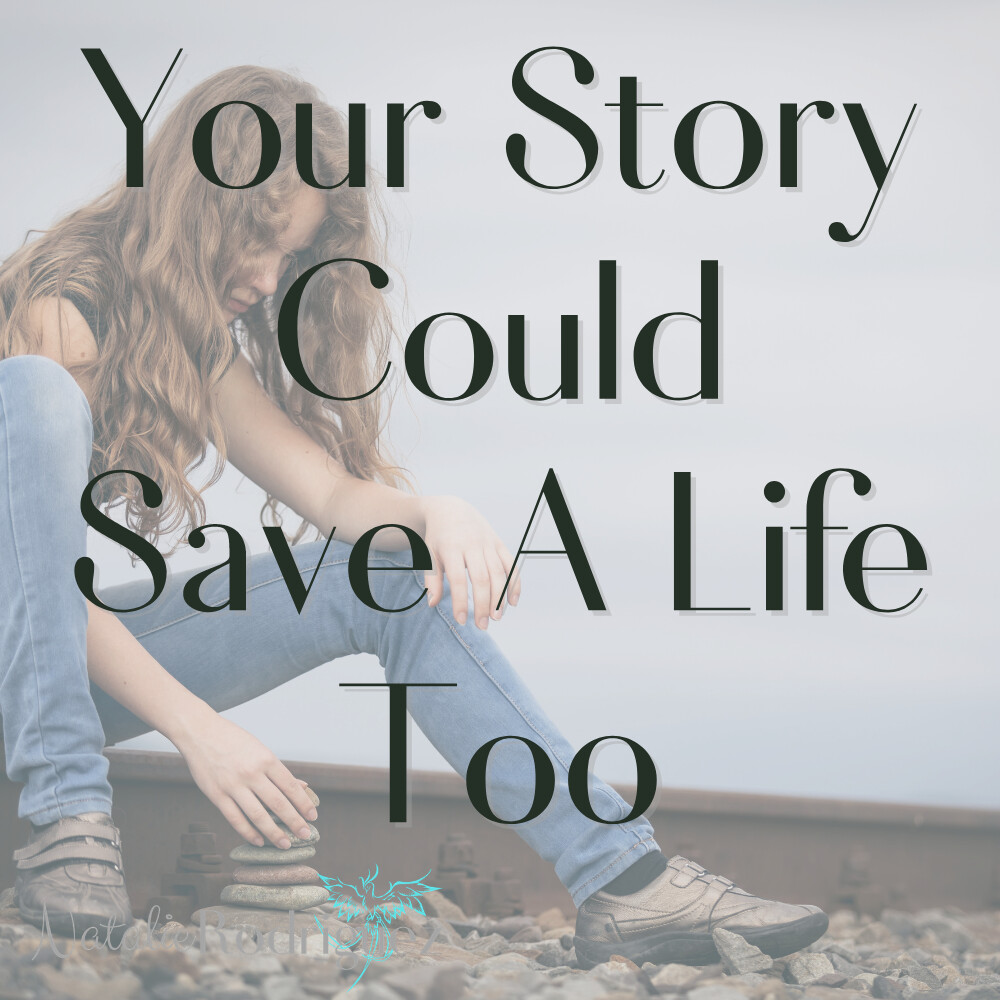 The Day I Saved A Life 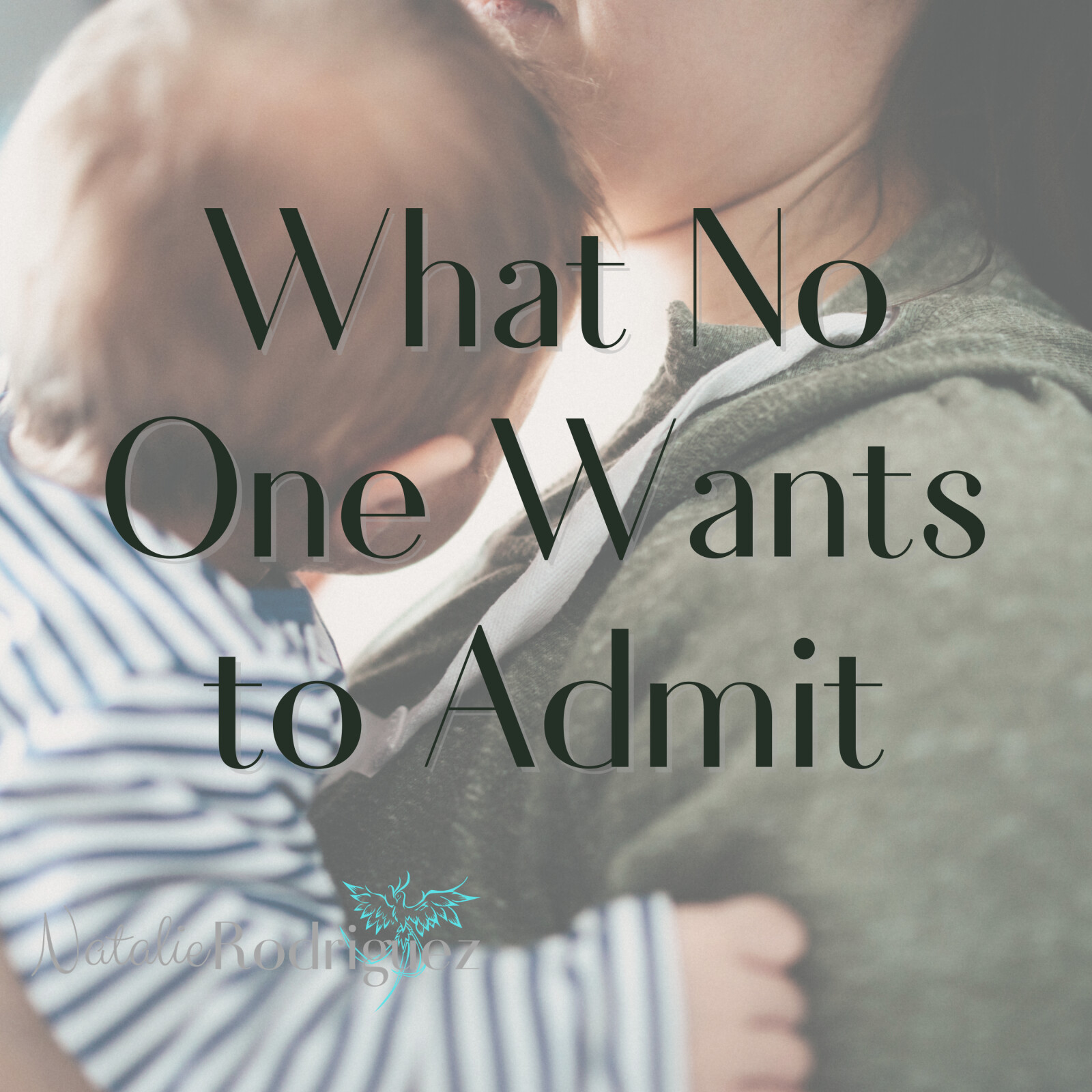 What No One Wants to Admit 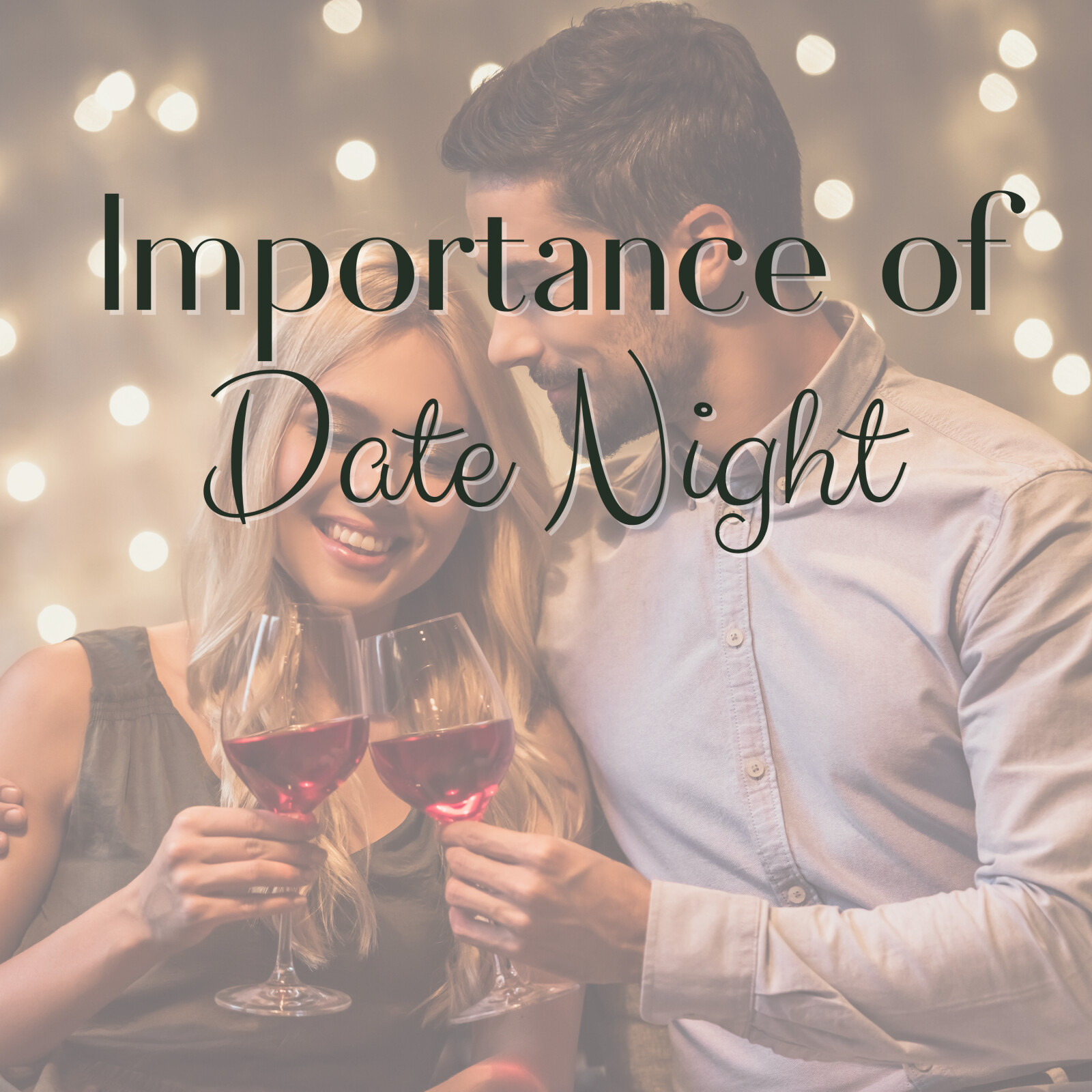 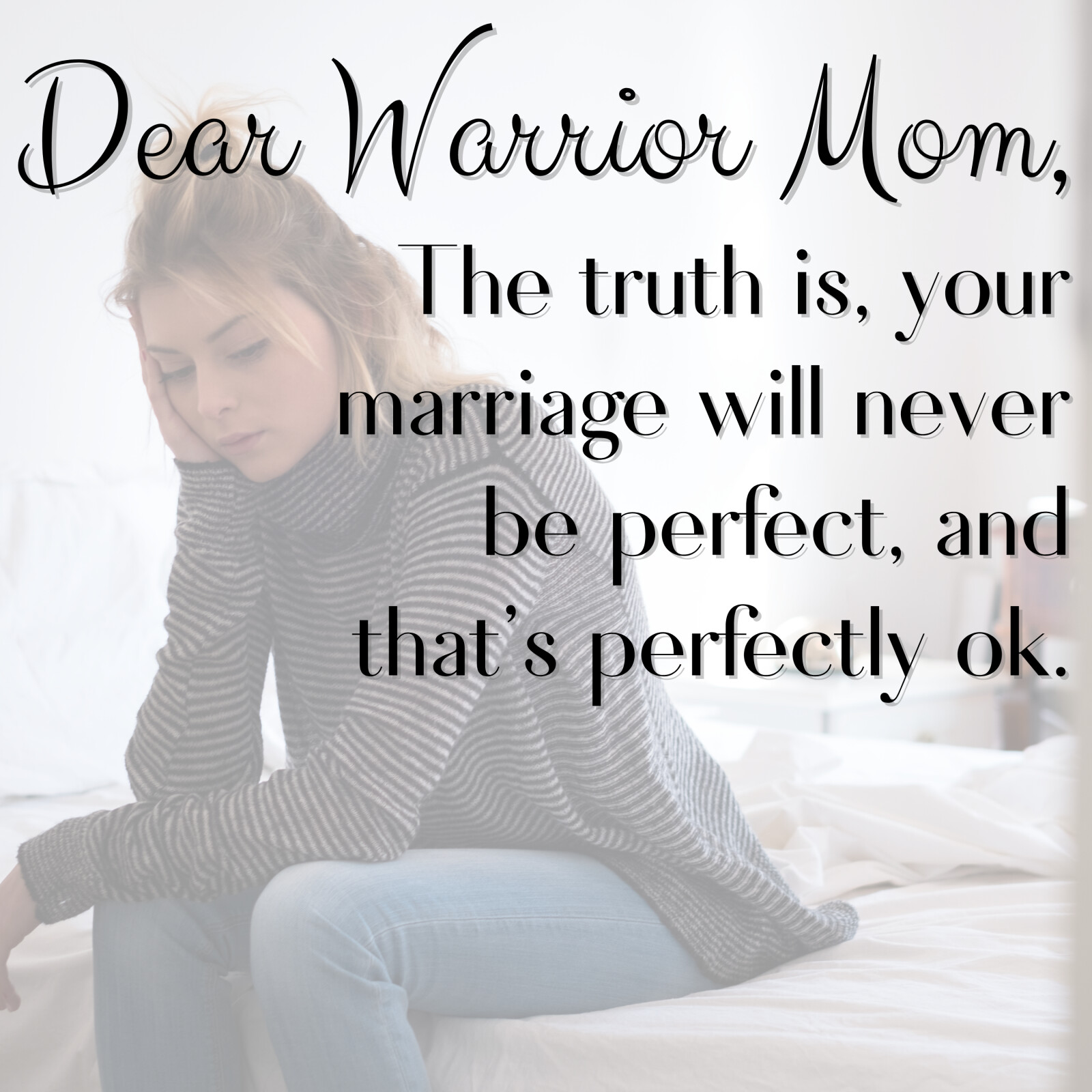 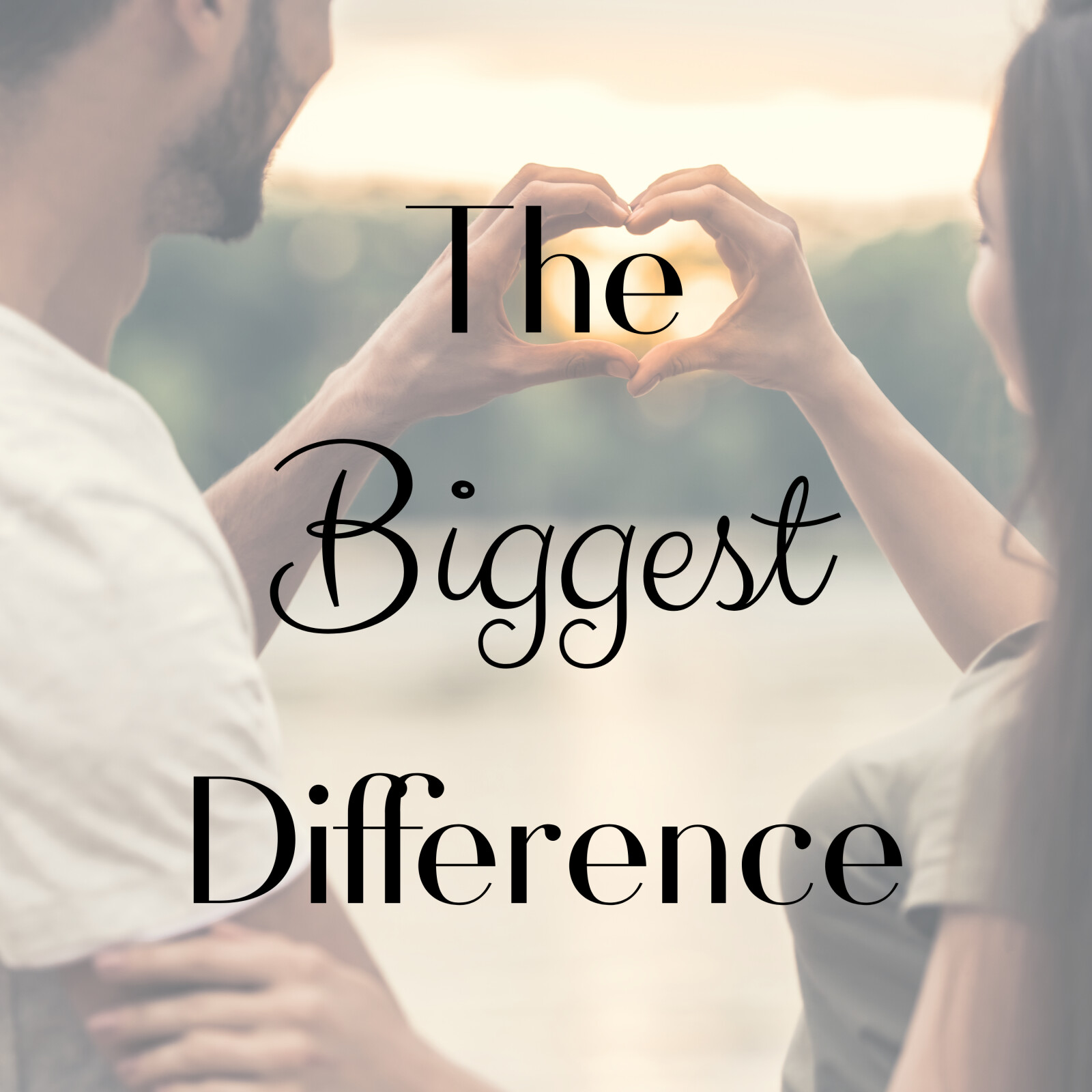 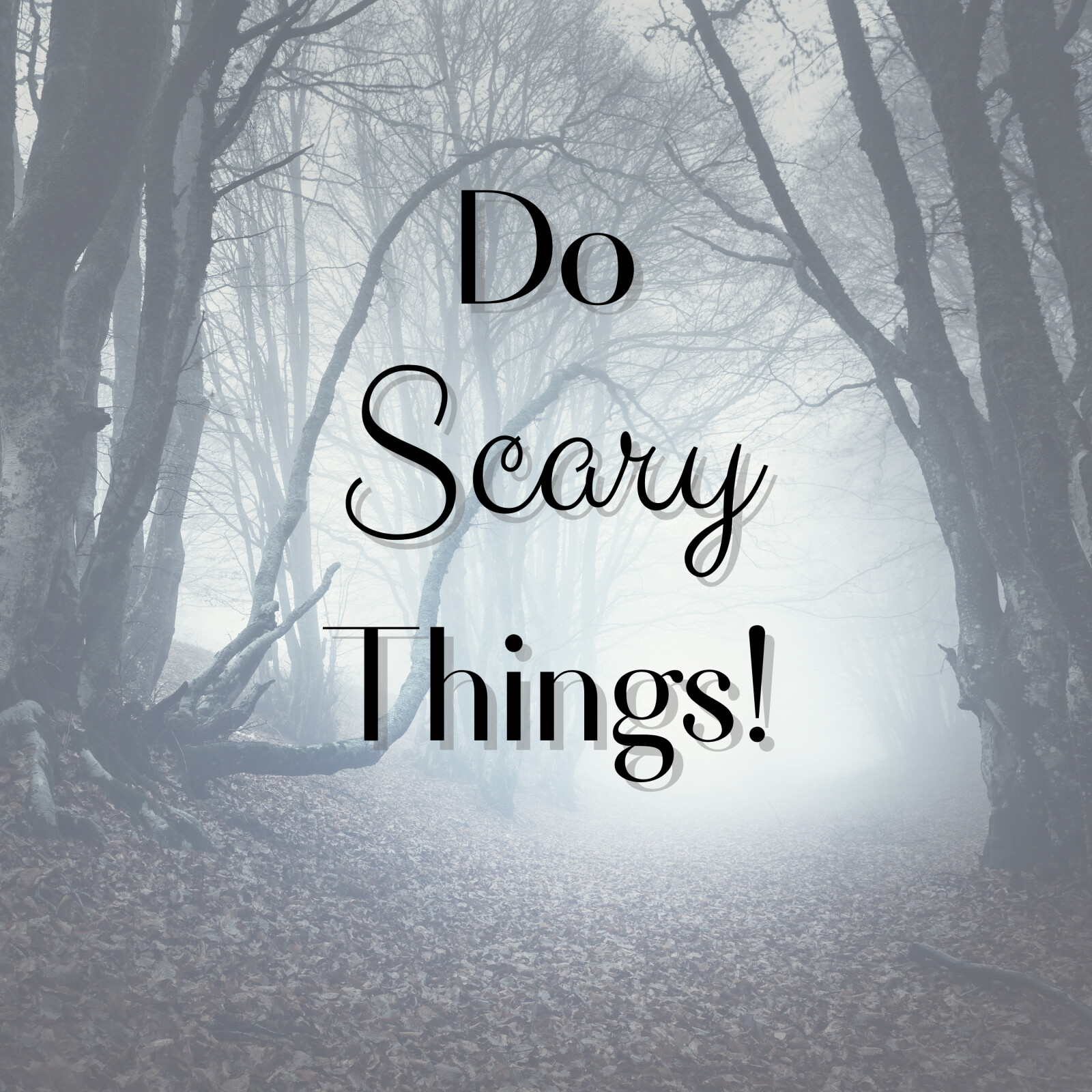 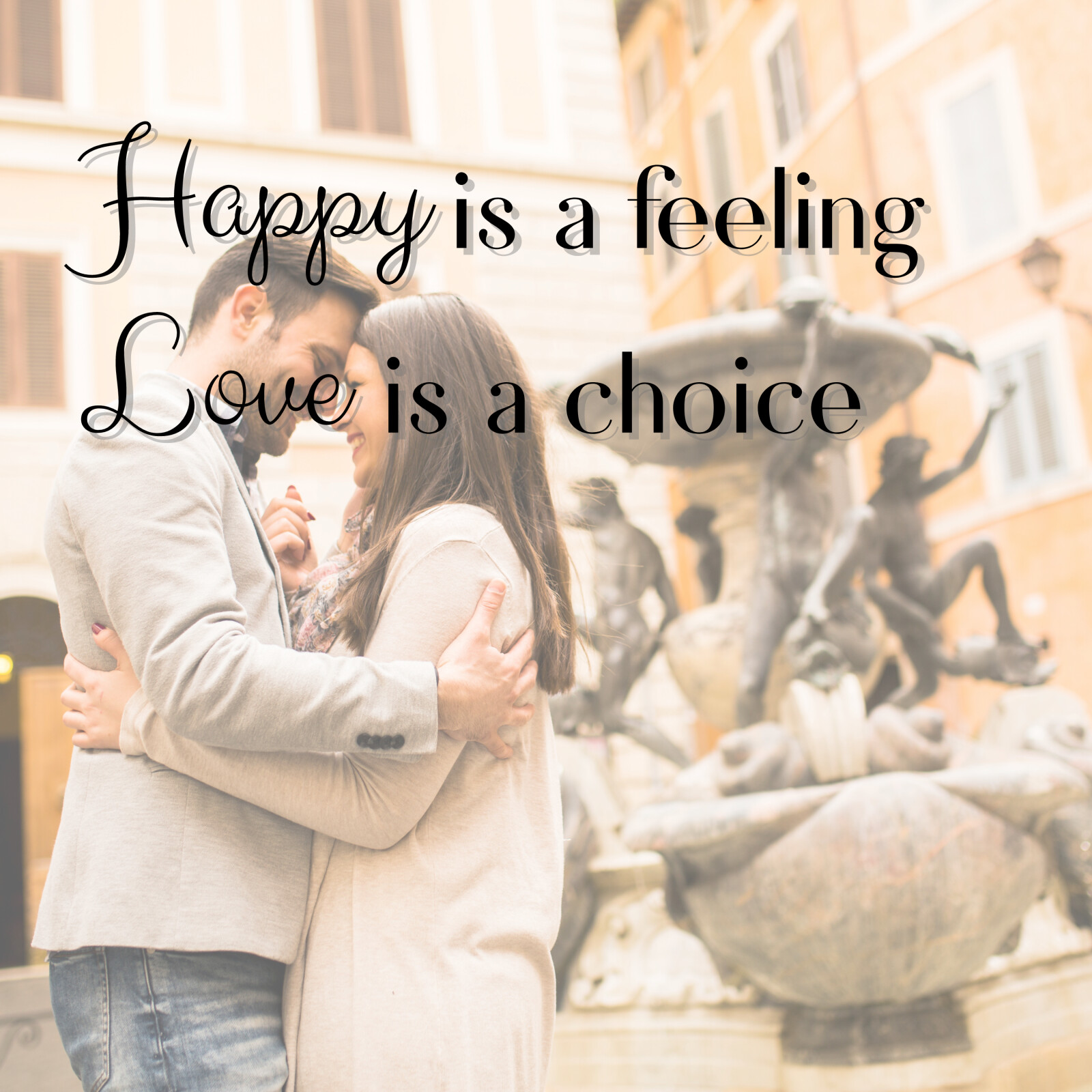 Happy is a feeling, Love is a choice 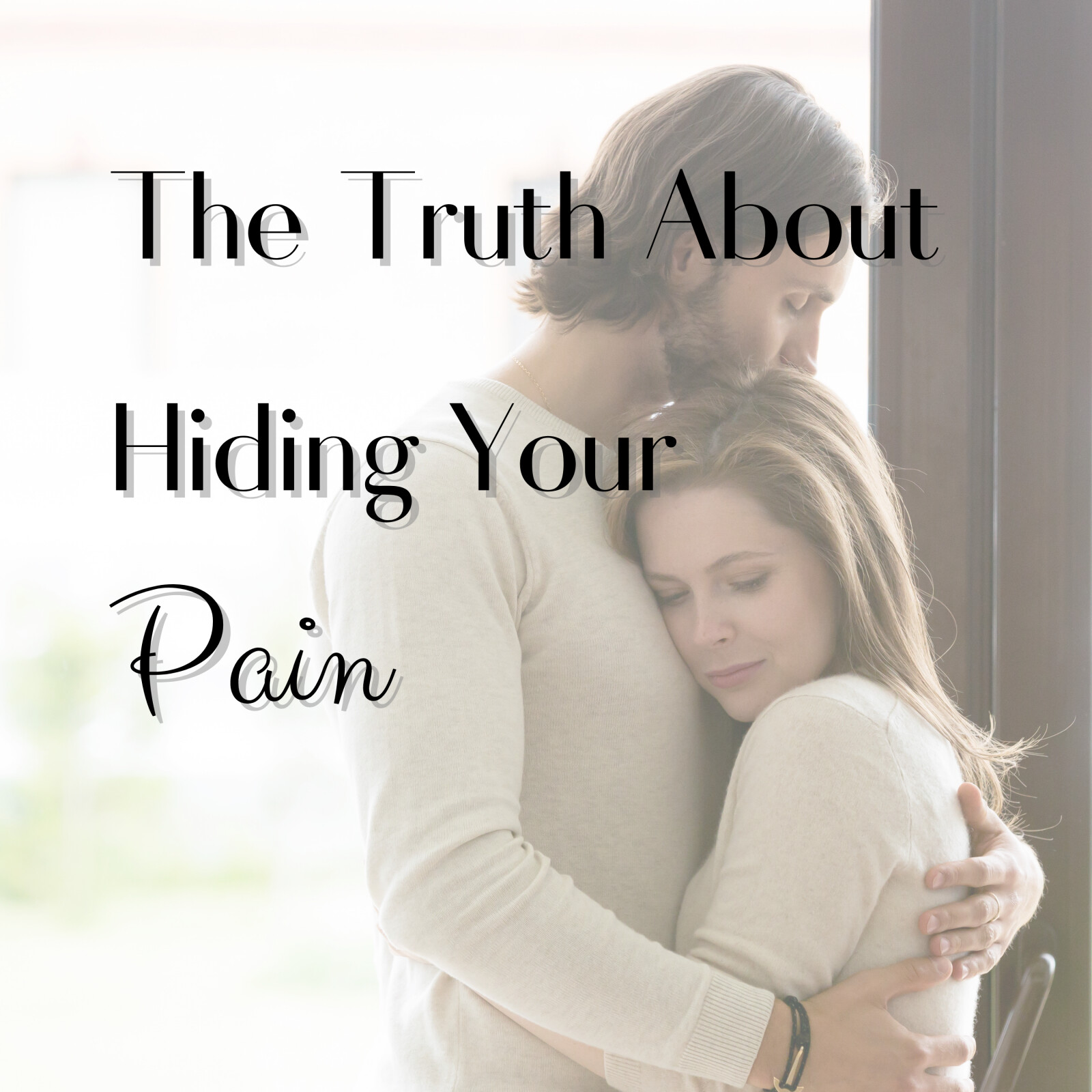 The truth about hiding your pain...